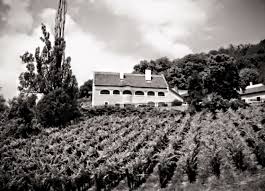 Hertelendy wines represent our Old World family tradition over many centuries, from 18th-century Veltlínske zelené (Grüner Veltliner) and Rizling vlašský (Welschriesling) vineyards near Budatin Castle in Slovakia to Hungarian wines produced by our ancestral Great Uncle Gábor Hertelendy (below). He created two varietals in his basalt-mountain vineyards overlooking Lake Balaton: Szürkebarát (better known as Pinot Gris) and Kéknyelű (a rare Hungarian white wine grape only found in the Badacsony wine region). Unlike the majority of common grape varieties used in viticulture, Kéknyelű cannot self-pollinate. Kéknyelű is rare today because it requires both male and female specimens for pollination, so it occupies double the space to reap half the yield. 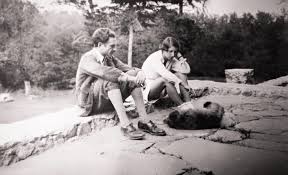 Great Uncle Gabor’s manor was half-way up an extinct volcano on the north shore of Lake Balaton where his wine profited from the rich soils resulting from the very hard (volcanic) basalt rock. Gabor sold all his white wine to the Badacsony cooperative, so bottles never adorned his Hertelendy name. He only allocated two acres to wine production, and family members from Budapest would all volunteer to assist with the harvest. Gabor et al continued producing wine even after the confiscation of his land by the Communists, who allowed him to stay and work on his former land as a hired hand.

Original Hertelendy Coat of Arms. More details about this crest can be found by deciphering the secret “Da Vinci” code on our Chardonnay label.

Today, Hertelendy family traditions have been reborn in the New World with quality vintage selections from the Napa Valley to bridge both sides of the Atlantic. It is also unique that regardless of where Hertelendys make wine, volcanic soil within their respective terroir has always been a staple in Hertelendy winemaking throughout generations.

Hertelendy History in a 1 min video