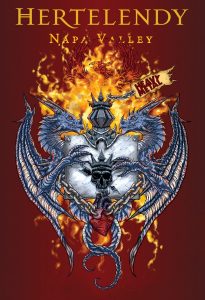 What do you get when you combine Heavy Metal Magazine and Napa Valley’s Hertelendy Vineyards? Clearly, you get a killer partnership of two different industries, delivering edgy combinations of superior quality, impressive artwork, and an Easter Egg surprise of Augmented Reality. Together, they have created a NEVER-BEEN-DONE-BEFORE REVOLUTION! Here’s how this project all unfolded.

HOW IT ALL BEGAN: 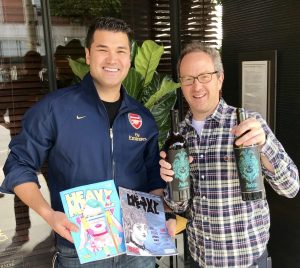 In August 2017, Hertelendy Vineyards was featuring their wines at Los Angeles Food & Wine. 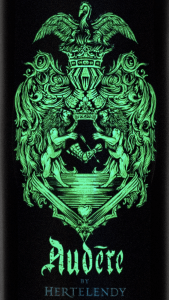 Ralph Hertelendy was pouring his 96 point Robert Parker Wine Advocate rated 2014 Napa Valley Cabernet Sauvignon when all of a sudden, he found himself conversing for a longer-than-average amount of time to a wine connoisseur who happened to be the president of Heavy Metal Magazine, Brian Witten.

This was exciting to Ralph because his brother Glen fanatically grew up reading Heavy Metal, and Ralph remembered that this magazine was edgy, graphic, and intense. Therefore, Ralph showed Brian the edgy artwork created for his glow-in-the-dark Audēre Red Blend label, and they both quickly hit it off. By March 2018, they were already in talks about a potential partnership with Hertelendy’s Napa Valley Cabernet Franc program. All they needed to do then was to find the right artist for this project…

THE PROCESS:
Brian then began searching for different artists at Heavy Metal who not only had the time to do this project, but also enjoyed wine (because partial payment for this job would include wine). That’s when he found Shawn Coss. Shawn understood Ralph’s fantasy-themed vision from the very beginning, and from the very first concept to the final draft, Shawn absolutely nailed it (Shawn Coss Artwork can be found HERE)! 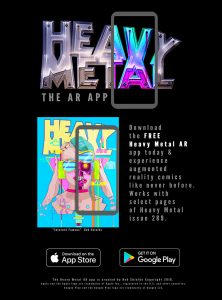 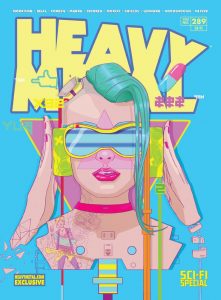 Once the final draft of the label became permanent, Brian and the Heavy Metal team contacted “Internet Famous” Rob Shields to begin the secret Easter egg augmented reality (a.k.a. “AR”) animation. If you download the Heavy Metal AR app, and put it over the image, you will see Rob’s animation come to life. Perhaps you have seen Rob’s prior work in Heavy Metal Magazine or Neon Wasteland? If not, be sure to check it out with the Heavy Metal AR app. 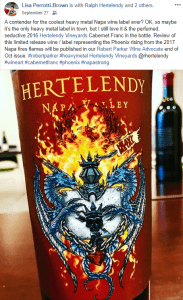 What do the critics have to say about this wine? Lisa Perrotti-Brown (Editor-in-Chief) from Robert Parker’s Wine Advocate gave the 2016 Cabernet Franc 95 points saying:

Check out what she said about it on social media (see picture). With only 82 cases produced, if you’re interested in acquiring a piece of this collector’s history, click HERE to learn more.